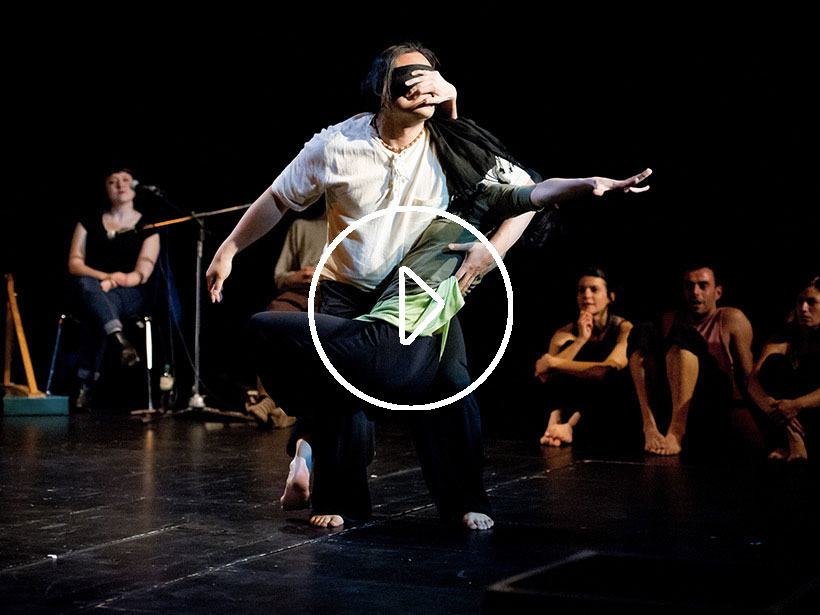 Inspired by Wham Bam created in 2008 in Paris by Won Kim assisted by Joël Sitbon, MetaFora presents a new form of improvisational theatre based on corporeal and vocal expression. Unlike the ‘battles’ that focus on virtuosic performance, the stage intensity result from the challenge of bringing to life a metaphor.   In front of an audience, the actors/dancers/singers/musicians have only a few minutes to transport the audience into a poetic universe.

Metaphor, “Meta” derives from the Greek meaning “across, and after,” and “phor” (pherō), meaning “I bear, carry”. “Metafora” is the Portuguese translation. While it carries the same sense as in English, “Meta” can also mean “goal” and “fora” mean “outside”.   Thus, the goal of the metaphors is to stretch the boundaries of the imagination beyond the habitual and the mundane. It is going “in through the outdoor” according to Led Zeppelin.

For theatre, dance, and music professionals, MetaFora represents a need to improvise and challenge themselves and their craft. It is also a forum to discover new talent, create a true exchange, and inspire new possibilities. Rather than measuring and actor through his popularity, the audience will measure his capacity to play.

We are living in a post-modern era of theatre and dance where the boundaries between the two are giving way to more interdisciplinary forms. MetaFora offers an encounter for today’s vast array of performing artists and their unique forms, personalities, and talent to come together to witness, share and play together. And through this live challenge and dialogue, a more heightened level of beauty and creative surprise blooms.

For the unsuspecting audience, MetaFora will awaken the imagination and touch the soul from laughter to amazement. Witnessing some of the best performing artists, they participate in the process of evolution of the contemporary live performance that yearns to redefine itself beyond the dominant stereotypes.

In the first part, a group of selected or “invited” performing artists play together based on random hat selection.

In the second part, the “invited” performing artists improvise with volunteers of the public in duo, trios. 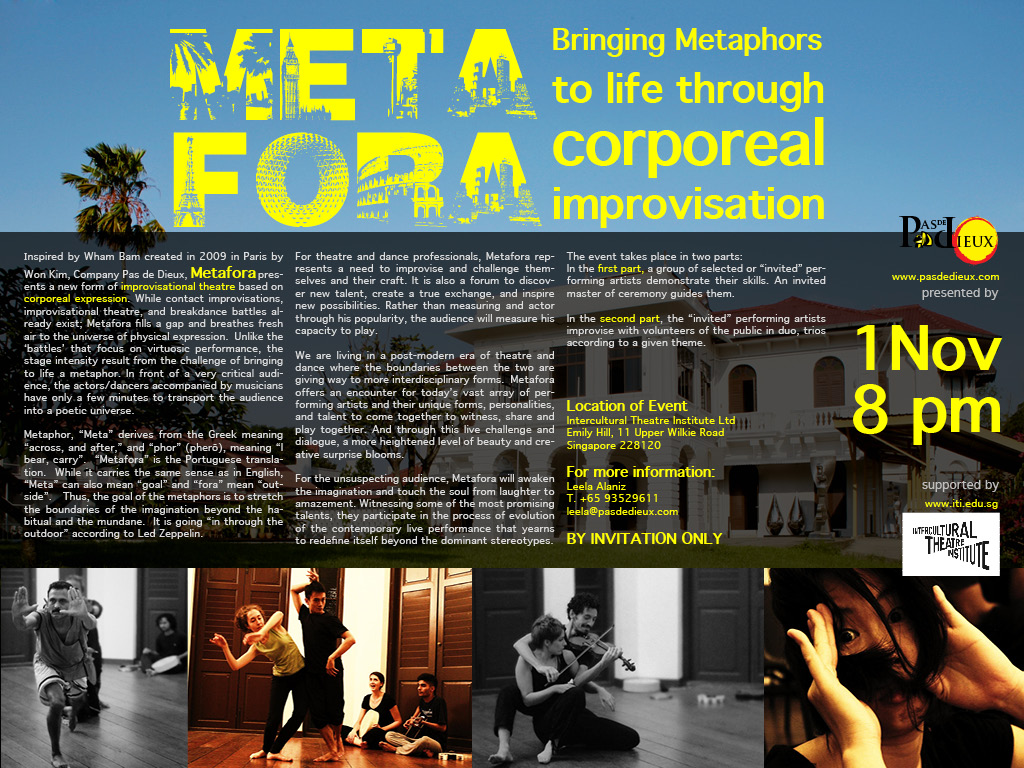 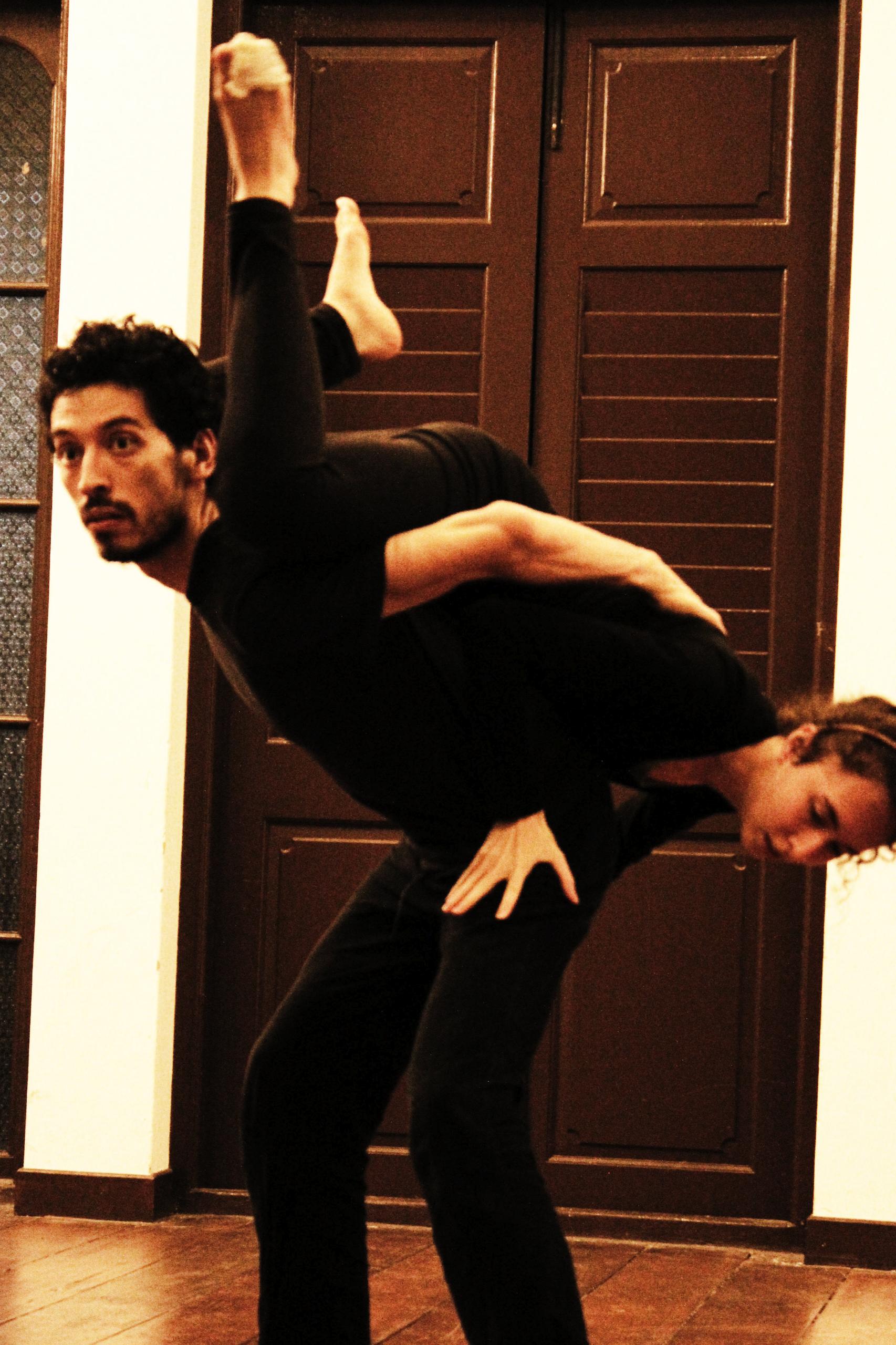 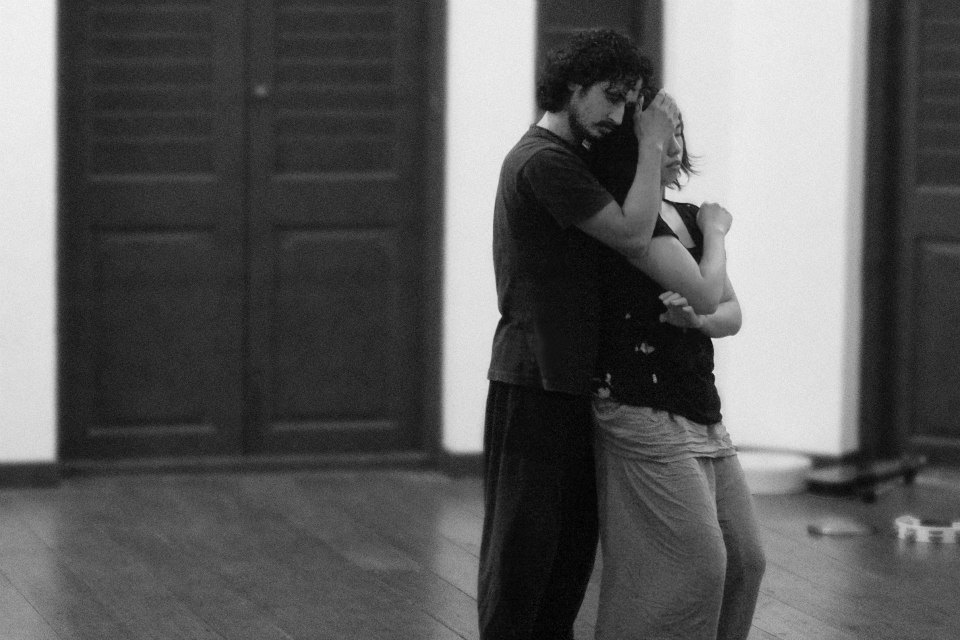 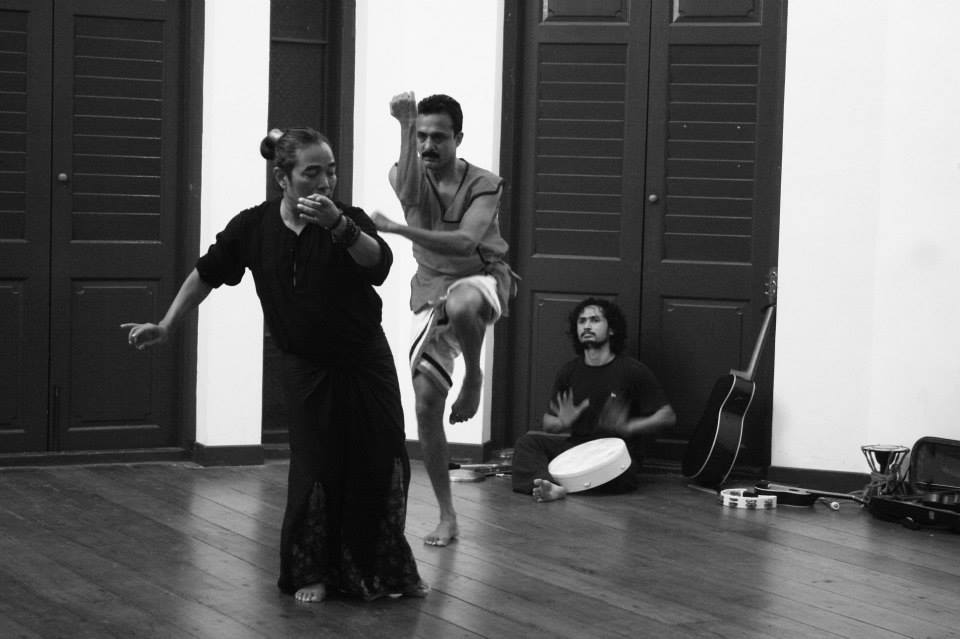 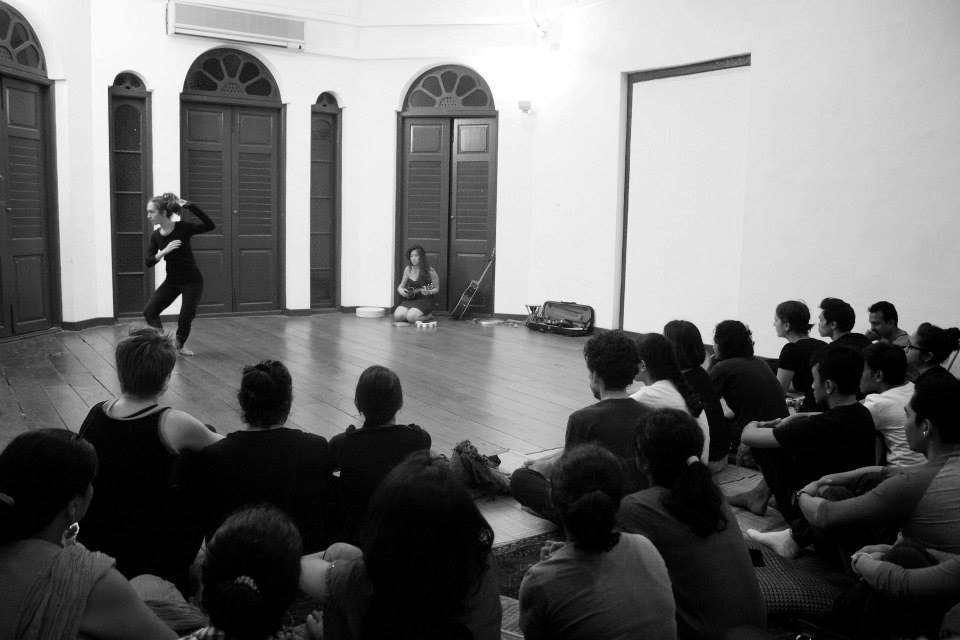 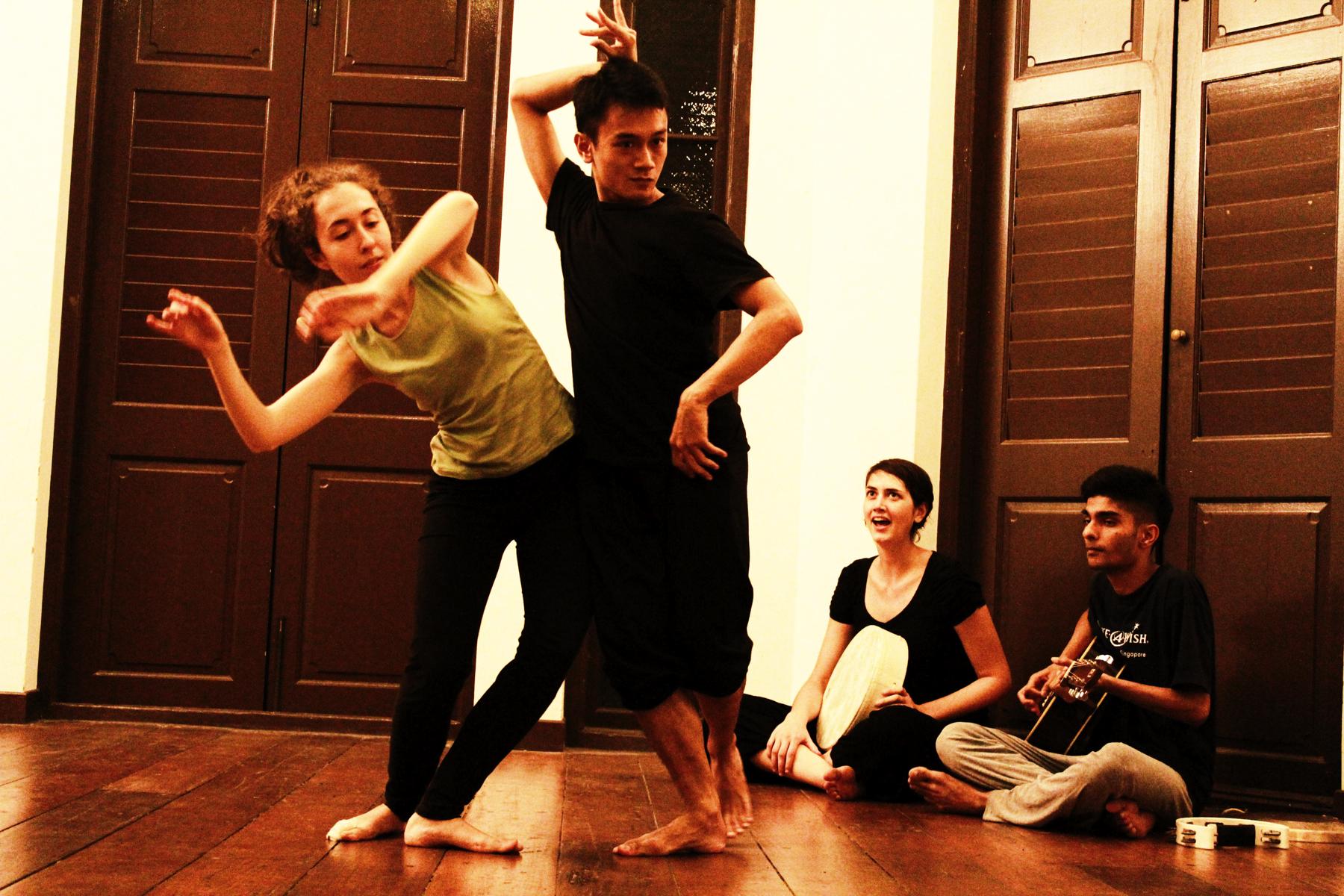 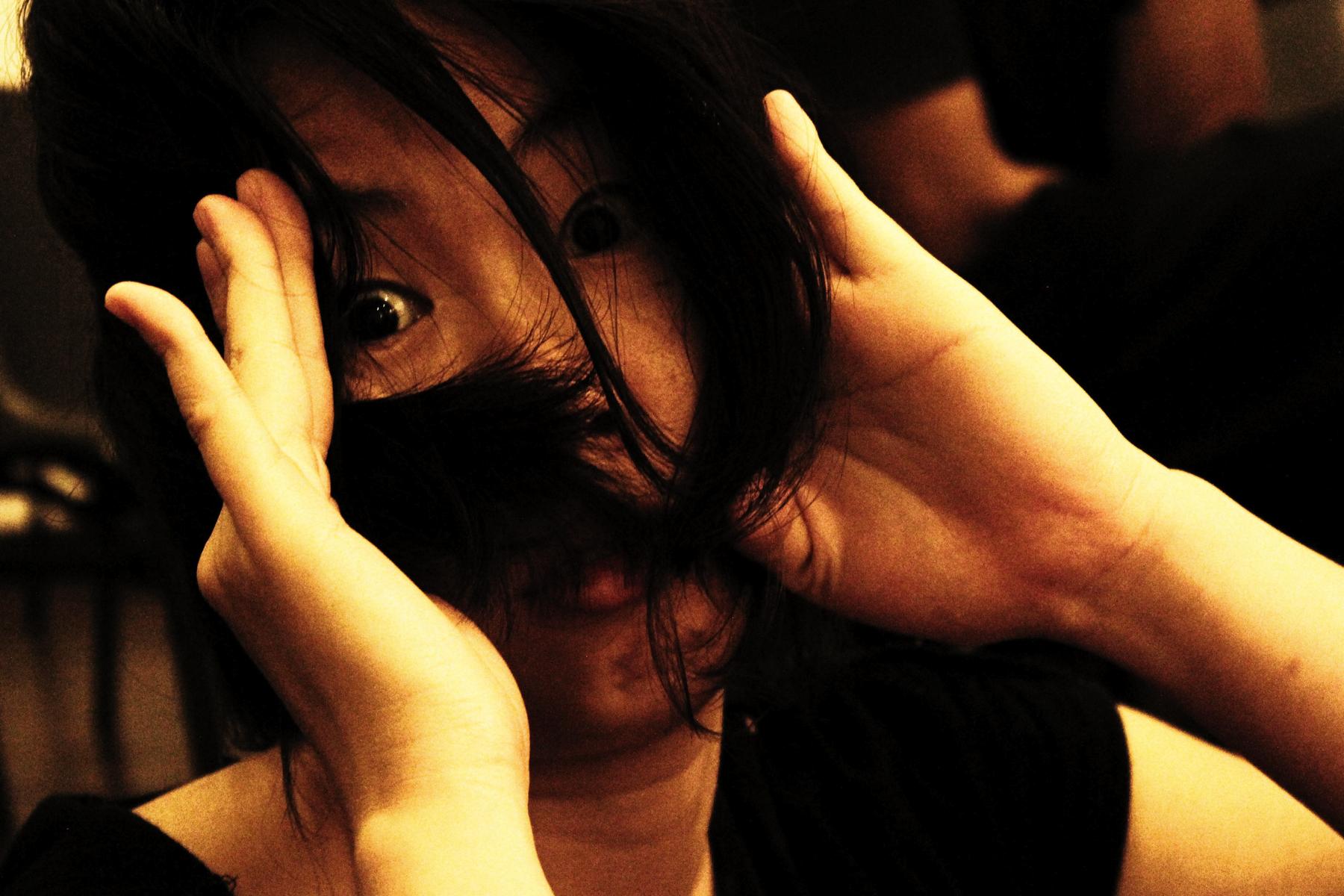 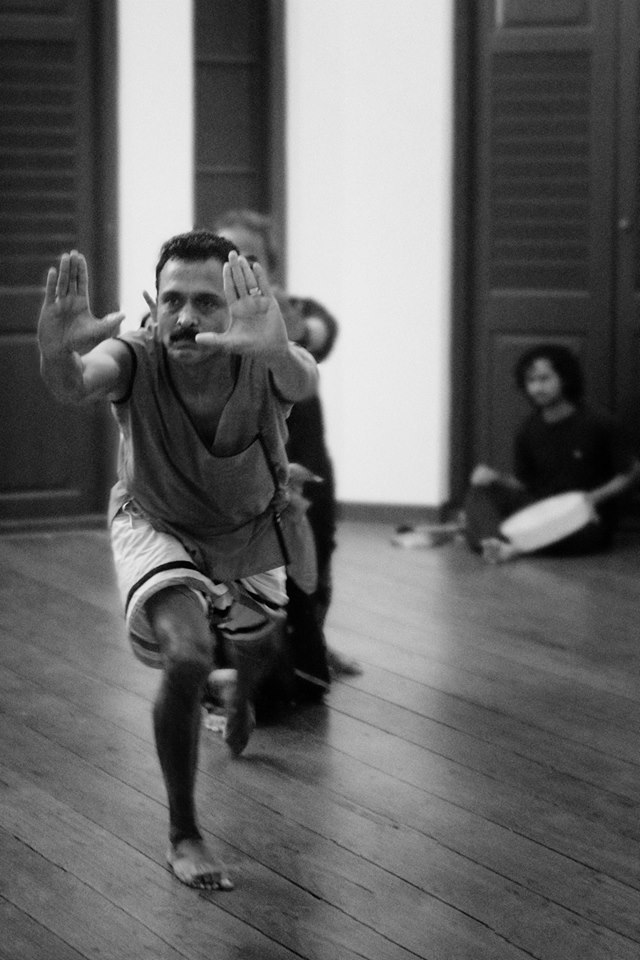 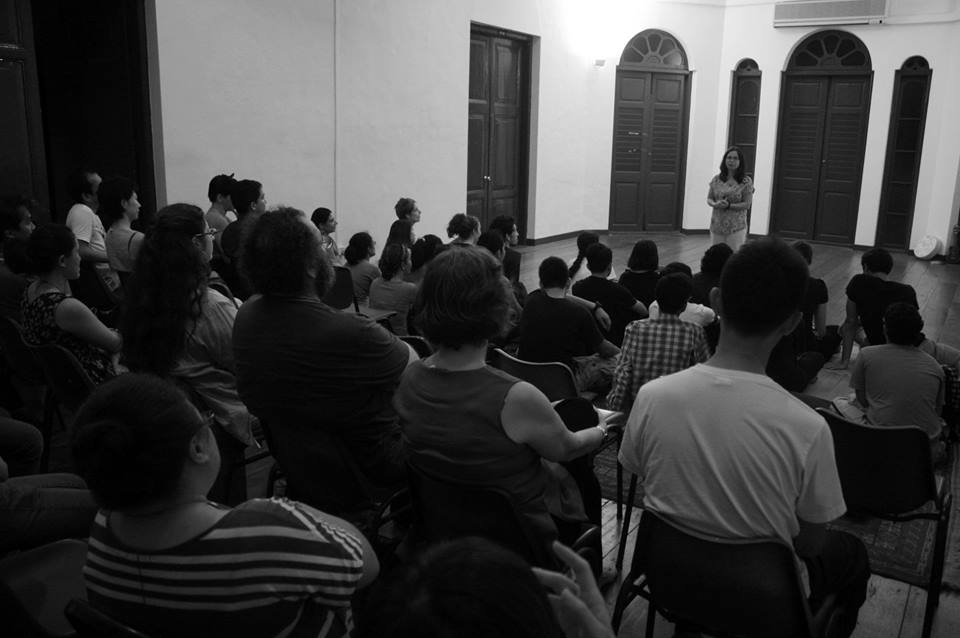 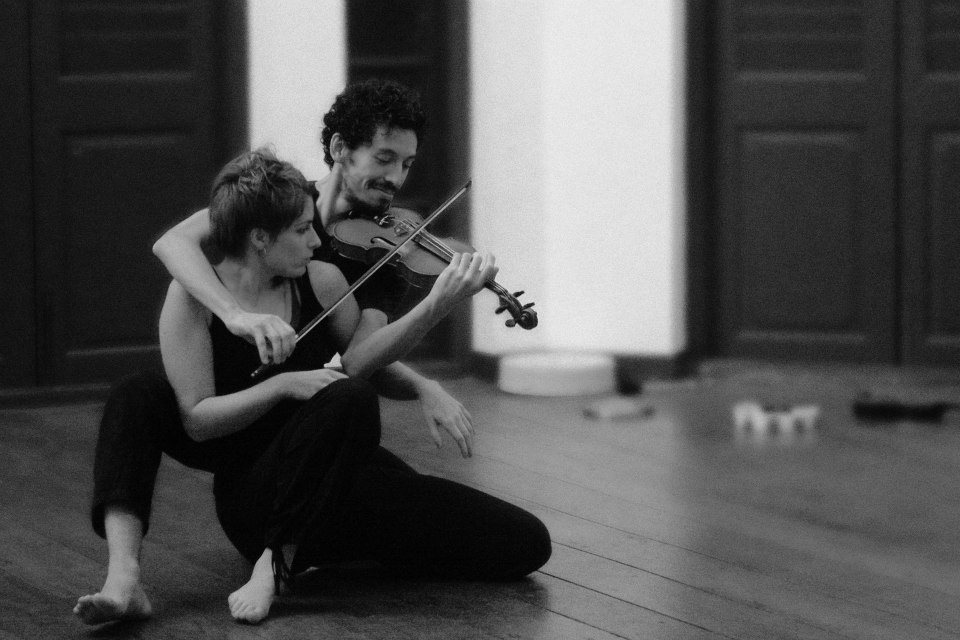 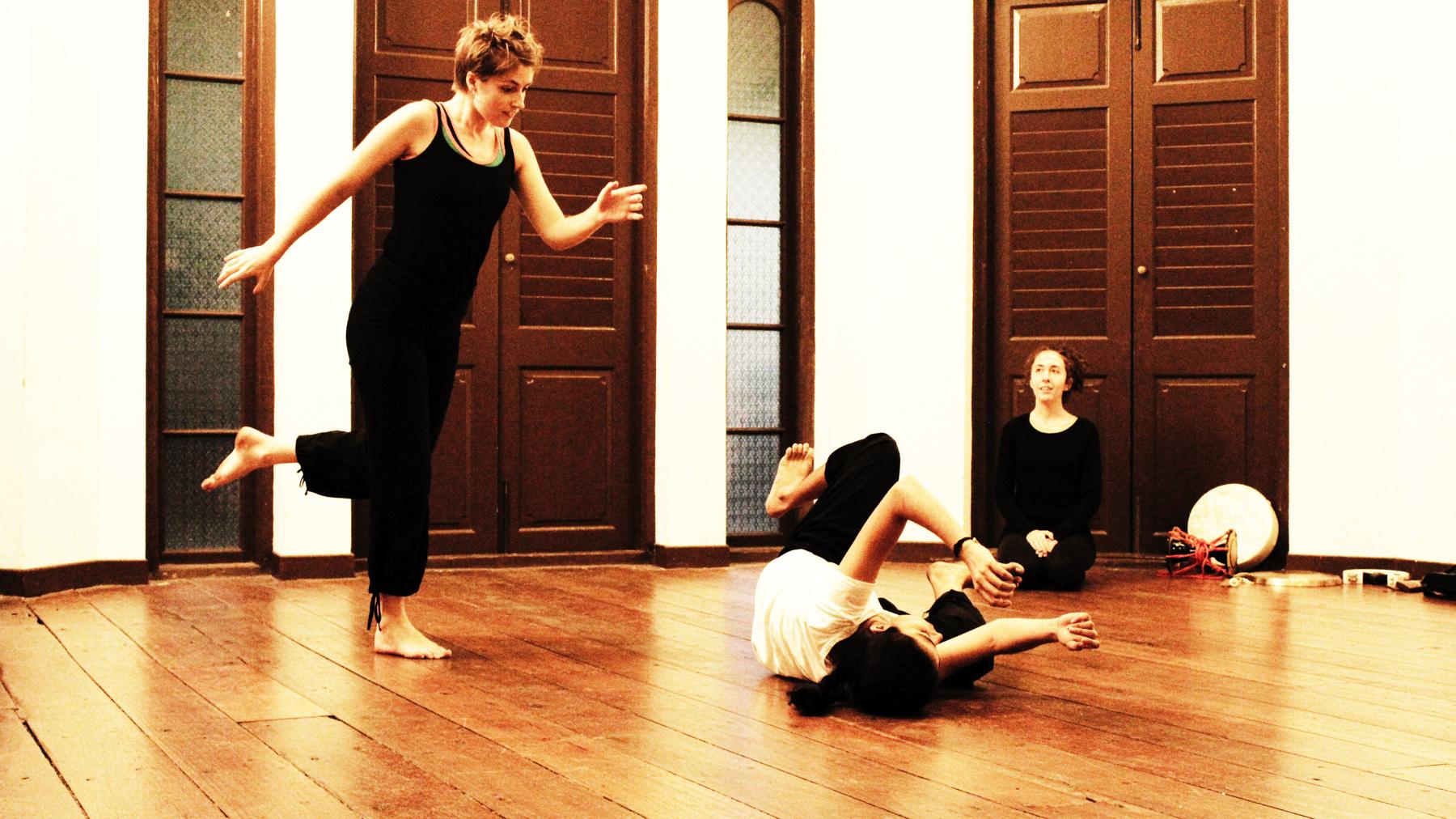 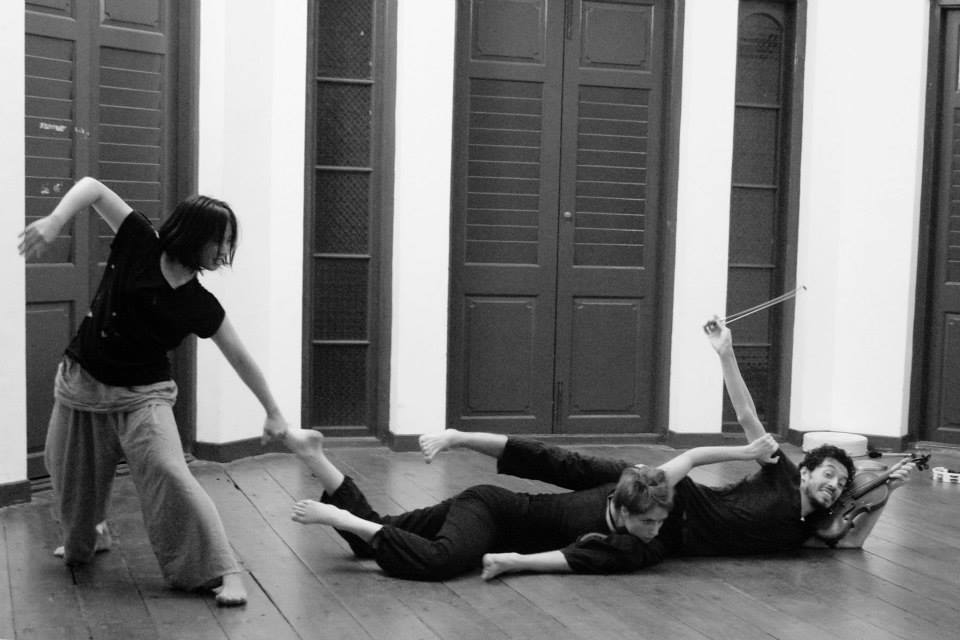 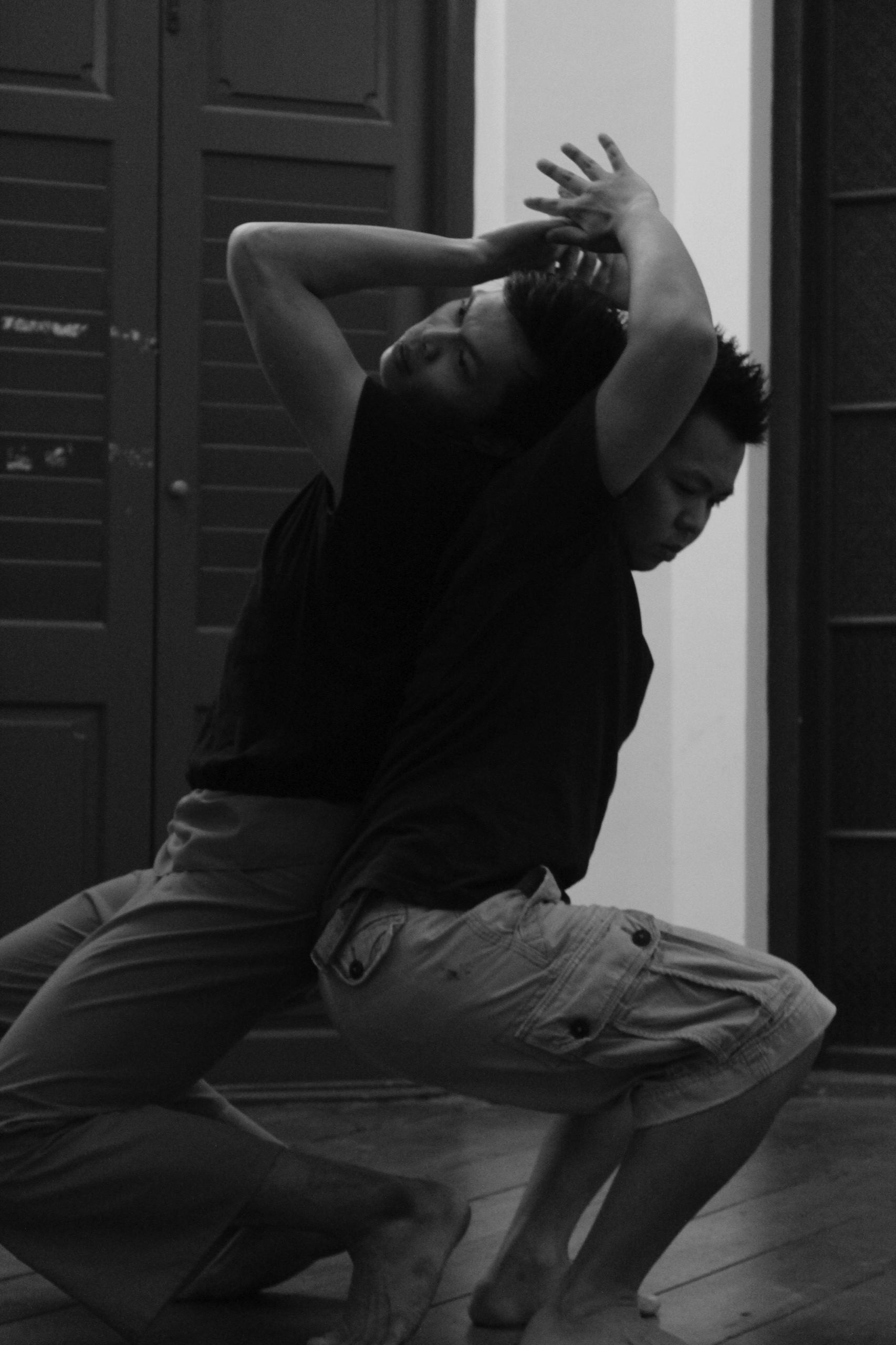